UPDATED (see Bottom) The Cruise ship "Viking Sky" has transmitted a "MAYDAY" Distress call off the coast of Norway.  The ship has suffered engine failure and is drifting toward the rocky coastline.

The vessel is asking for the immediate evacuation of 1,300 passengers and crew before the vessel smashes into the rocks.

Norway Coast Guard is on its way.

The photo below is actual imagery from the actual emergency scene: 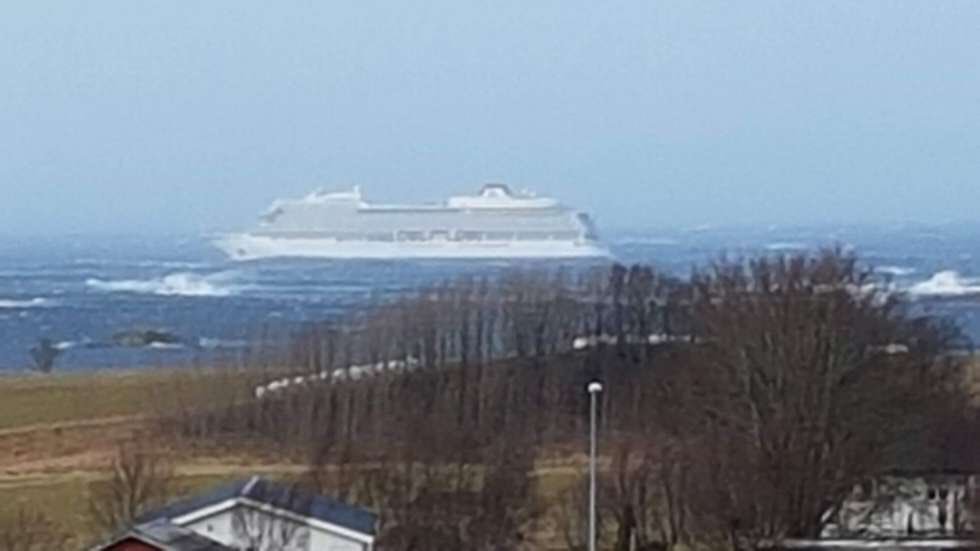 The vessel SEEMS to be about 300-400 yards offshore, although the ocean water is VERY cold.

A person being plunged into such cold water would lose the ability to use any of their muscles in less than a minute due to hypothermia.

With seas obviously rough, persons in the water would not survive, even though they are literally so close to land.

The Norway Coast Guard has supplied the video below.   Helicopters are removing passengers safely and other naval rescue ships are arriving.  If, God forbid, someone falls into the water, there are other rescue ships nearby to save them. HOPEFULLY, all will be taken to shore safely.