A massive storm system is heading toward the Hawaiian Islands and the National Weather Service is warning of 50 MPH winds, and SIXTY-FOOT Waves this weekend.

An unusually strong storm system will move toward the islands from the north over the weekend, bringing with it multiple weather
hazards. The storm will send a powerful swell toward the islands that will impact exposed north and west facing shores with very
high surf. Additionally, the combination of strong onshore winds and high surf will increase the potential for significant coastal flooding that could lead to property damage, road closures and beach erosion. 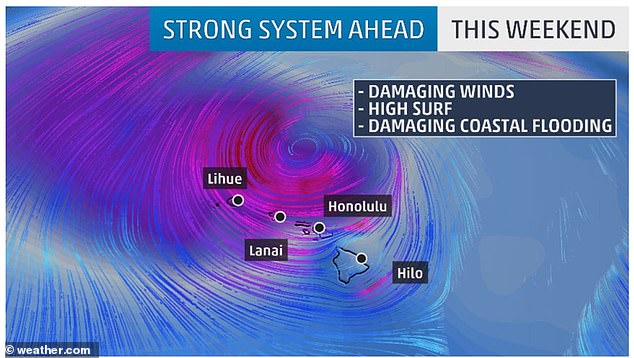 The storm system will also bring strong and potentially damaging north to northwest winds to the island chain, particularly Saturday night through Sunday evening. While these winds are expected to be strongest over ridges and mountaintops, they will also accelerate downslope, impacting heavily populated areas. In addition, intense fast moving rain showers or squalls may bring very strong and damaging winds as the storm makes its closest approach. 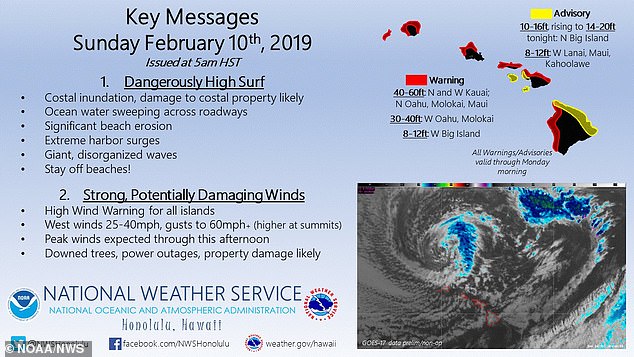